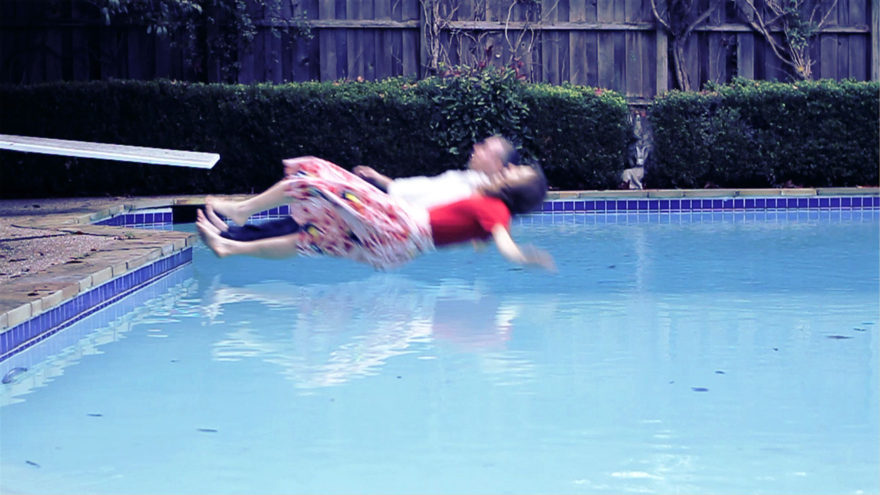 Created over a span of five years, “Flames” is a performance documentary above all else. Directed by and starring two New York creatives, Josephine Decker (an indie film director, writer and actress) and performance artist Zefrey Throwell, “Flames” depicts a couple falling in love, falling out of love and the retrospective analysis following their break-up;  all filmed by cinematographer Ashley Connor. MONROWE talks to the three of them on confusing realness, break-ups, demons, and how “you can’t do love wrong.”

Yolanda McClellan: How was “Flames” conceived and how did it affect your relationship as a couple?

Josephine Decker: Zefrey was showing a bunch of his performance films at the Moma.  He had the freedom to show anything he wanted so he asked me, “Why don’t we make a film? How often will we get the chance to make a film and premiere it at the Moma?” And then I called Ashley and I told her “We are going to premiere a film at the Moma.  Now we just have to make it!”

Zefrey Throwell: And we had to make it in two and a half weeks!

Josephine: Sometimes the best creations come out of those furiously quick decisions because you go with your gut. The project started as a way for us to work through our issues in the relationship. We had been dating for about a month and we were really in love.  We were so in love that we didn’t want to have sex right away, and when we finally did the condom came off, and this brought up really big questions early in our relationship, like “are we ready for kids?”. I didn’t want to take the day-after pill, he wanted me to, which led to big fights.  So, when the film for the Moma came up we decided to recreate that incident and look at it because it was still haunting us emotionally.  It really was theraphy at first and then, when it really went wrong was when we started filming ourselves in real life and not reenacting things, like when we went to the Maldives.  That wasn’t a recreation.  It was just something that in a way I think of as “Zefrey’s performance piece”. We went to the Maldives and we were  actually shooting ourselves and that was a bit brutal.   It’s hard to watch.  It all went downhill from there. 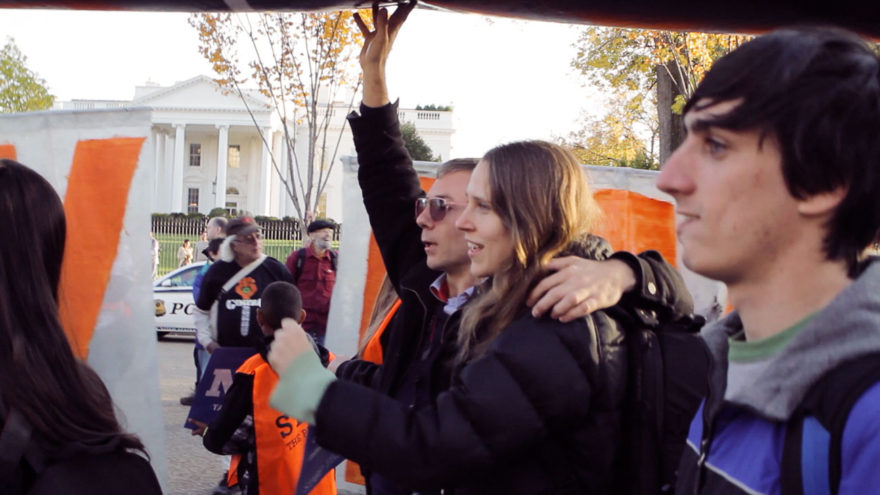 Yolanda: Originally, when were you planning to stop filming?

Zefrey: We both wanted the project to die with the relationship. I had just finished another movie; she was working on a new movie.

Josephine: The show at the Moma was great. The project really stood out because this was the only performance film that was shot for cinema so it played really well on screen. We got lots of positive feedback and we even sold some copies of the film so we had some money to keep going and that’s how we ended up doing a feature.

Ashley:  When we got to the Maldives, on day one, while Josephine and Zefrey were arguing, Roxane (Josephine’s sound assistant)  and I went for a walk and we were looking out into the ocean wondering “When do you think they are going to break up? It’s not going to be right now but, at what point?”  We actually took bets on the beach and Roxane (because we had a pre-existing relationship and friendship with Josephine) asked me, “Do we tell her?” and I said, “Listen, if my friends had warned me of my failed relationships, maybe I would have saved some time, but I wouldn’t have learnt the lesson.”  I think if every relationship is teaching you to be a better person or a better partner or a better anything then you kind of have to see it through.  I would not insert myself to tell them that what they are doing is a mistake or  wrong because you can’t do love wrong.

Zefrey: Isn’t that the title of the movie, You can’t do love wrong?

Zefrey: That’s a much better title.

Josephine: You know we still have a chance, we could change it for the release You can’t do love wrong.

Zefrey: I’m going to write it down.

Yolanda: Were you holding back emotions because of the camera?

Zefrey: So this is a great question, right? How well do you think you know yourself? I mean I thought I was a fairly honest person when I was a drug addict and thief.  I stole 50,000 dollars from one guy I used to work for and I remember thinking I was a good guy to him . And only years later, after getting clean and looking at my life, I realised, “You stole 50k from someone.  You are not a good guy.  In nobody’s book is that a good guy.”   So, how well do I know myself?  In terms of the project, I have no idea.  I feel like I was as honest as I could be while filming. I’m an awful actor, but that’s just because I’m a guy who is a terrible actor. Josephine and I go back and forth sometimes on what it means to be yourself on camera and what is real there. She said at one point that she felt like she had been 90% herself  on screen and I remember thinking “wtf does that mean?” It’s not like there is a meter.

Yolanda: Is he really like that off camera as well?

Josephine: He is not anything like that!  I think he changes more than most people do when he is in front of the camera rolling.

Ashley: But,I think a more important conversation is how we behave in new relationships and how we cover up certain things. Deciding to be in love with a person is hiding your deepest darkest self to a certain degree. Until you can release that, how do you perform in front of your partner?  We all have secrets, we all have this darkness that we try to hide. There is that aspect which is far more interesting, what were you guys hiding from each other?  Because it does not matter, in front of the camera or not … only you know what aspect of yourself you were showing to this person.

Zefrey: I didn’t think that having sex with the camera would be a problem but I couldn’t get hard while the camera was on. We had to start having sex and then the camera came in. I guess it does say a lot about the presence of the camera because I kept telling myself, “don’t think about it”, but it does affect you. 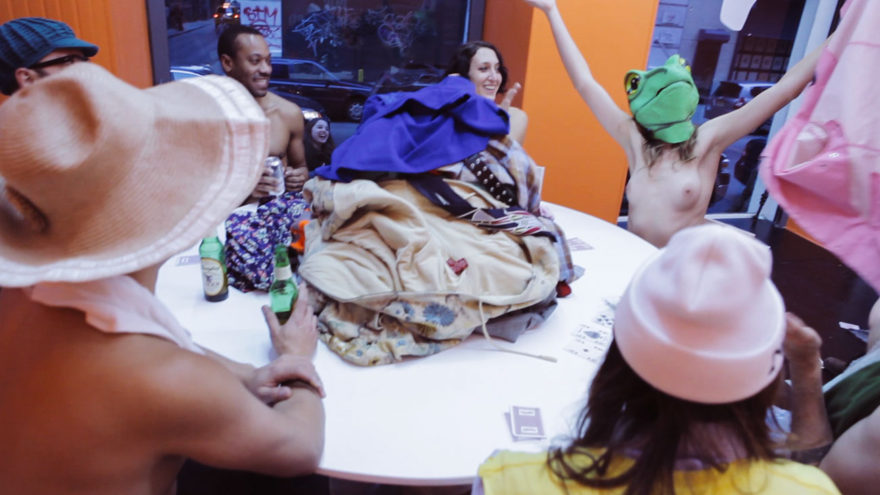 Yolanda: What aesthetic did you have in mind while making the film?

Ashley: Josephine and I had collaborated several times before so we had already established a common aesthetic.   We knew we didn’t just want to document what was going on, we were more interested in getting to the emotional subtext  and visually trying to have the spectator as part of the conversation. It’s emotional work, as opposed to just descriptive work.

Josephine: This is crazy, but last night  was the first time I saw the final cut of the movie.  I was amazed to see how much is not a film — not a plot film. It’s really much more about the tone than the plot.   It’s a film that takes you through a journey in terms of tone. Obviously, it is related to what the characters are experiencing but tone is hard to do because I think lots of movies are driven by twists in the plot. I think what  Zefrey did, which I think is great, is that he was able to build sequences out of a lot of different footage taken from lots of different places and this helps you feel the way we felt in that moment and that’s the reason I watch films, to get inside a character’s experience. It’s never something we sat and talked about.

I think that sort of aesthetic is very rare. I think it’s something we all shared almost without meaning to.