“Your loneliness, jealousy, ambition, anxiety, pettiness mean nothing to them…” 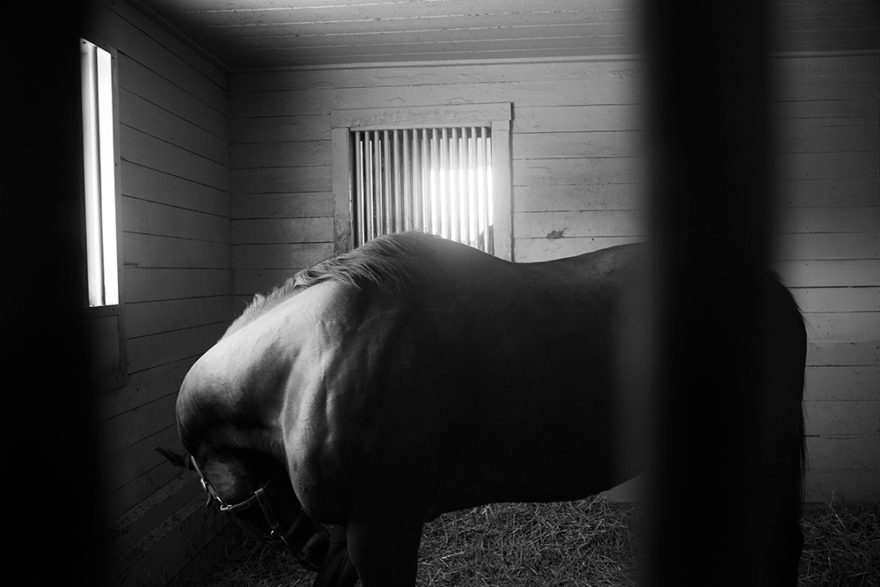 I had a white pony. His name was Andy. He hated men but loved me.

A lonely child with traveling parents and few friends I taught my white pony how to run through golden grasses scraping his belly and my bare feet with nothing but a rope around his neck. 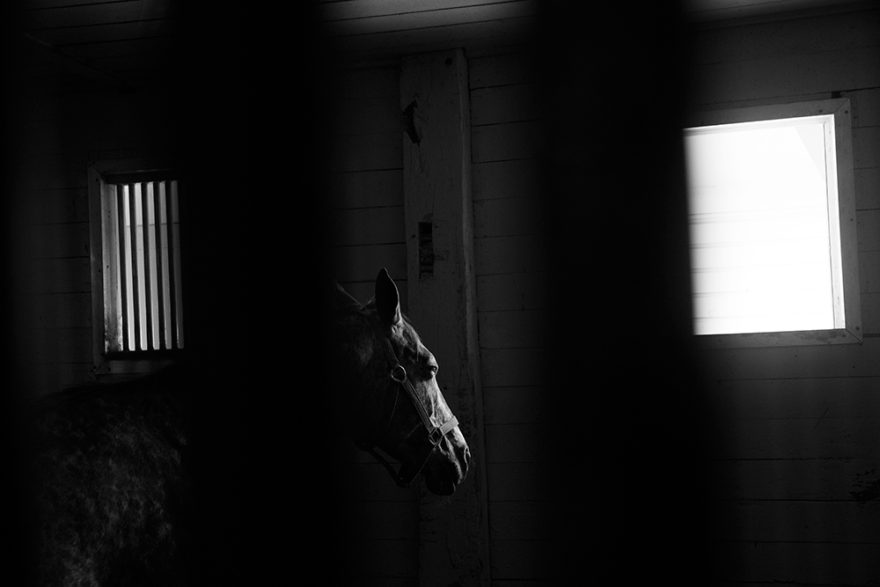 I would let him wander through the family’s 250-acre farm without directing him, curious to see where he would take us, even if he’d always get us home. I’d start our rides at 7:30 every night in the summer because I thought the golden light slanting sideways through the overgrown hayfields magical. Maybe that’s how I became a photographer. One night it was too dark. Too late as we walked through a narrowing path, aspens shimmering before the stars had come out. I was scared as the path yawned into a clearing that should be in England, not upstate New York, with dewy hummocks and small snarled trees doused in thousands of fire flies blinking over and through us. Even the pony stopped to stare into the blackness exploding twinkles. A pureness of solitude, perhaps overly tinged with nostalgia. Although, as Bachelard says, “The reality of love is mutilated when it is detached from all its unrealness.” 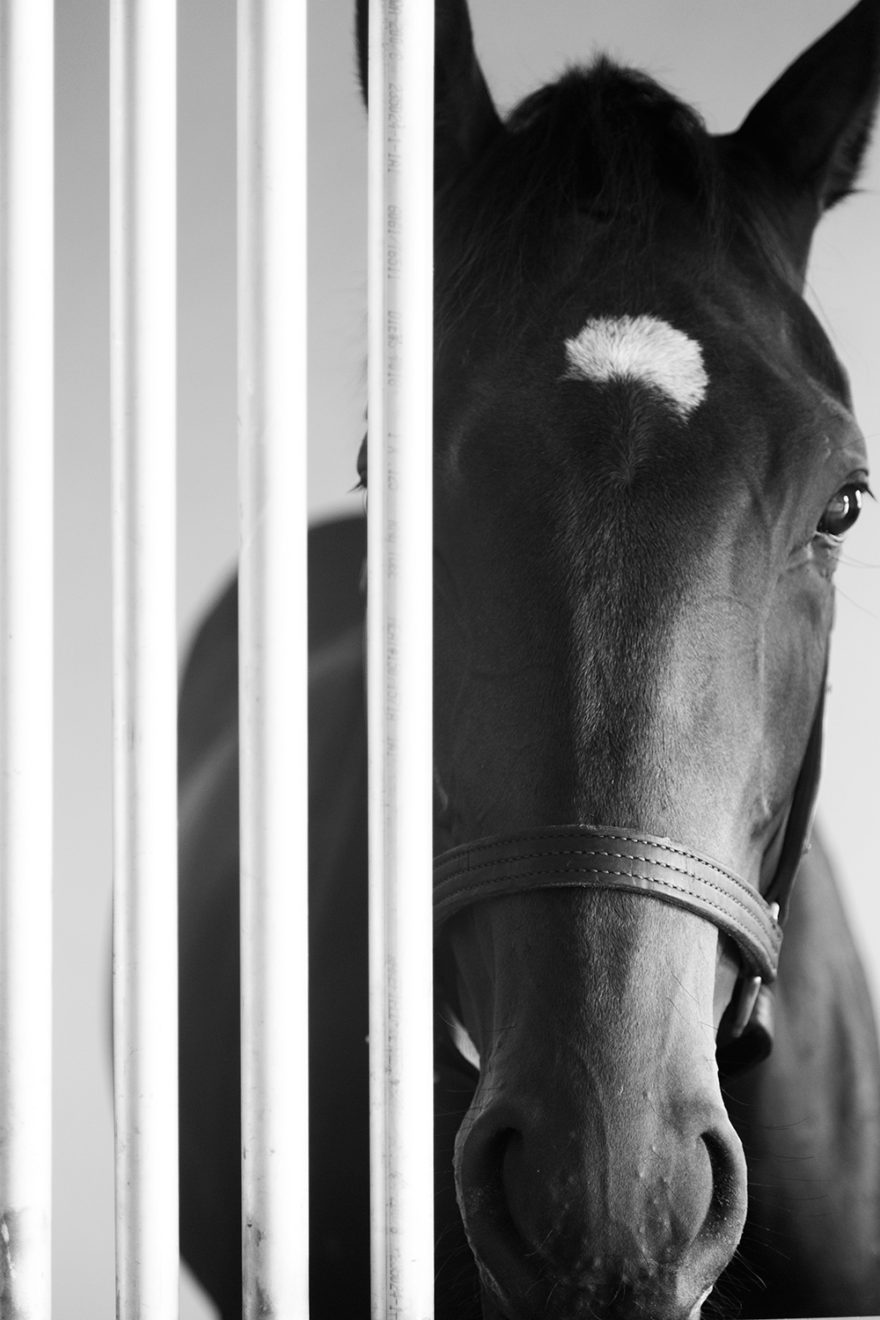 I left for boarding school that summer, and the night before childhood was over aurora borealis ripped through the sky. I slept in the grass hungrily trying to feel the beauty, trying to understand how this place could be saying goodbye to me. The grass was wet and I dozed listening to the horses biting it.

I didn’t come back for a long time. Not until I was in graduate school dragging through a journalism degree and wanted what? A distraction? Beauty? To feel needed? Horses require you to care for them no matter what time of night; your loneliness, jealousy, ambition, anxiety, pettiness mean nothing to them. There is a release in caring for something that doesn’t care back. 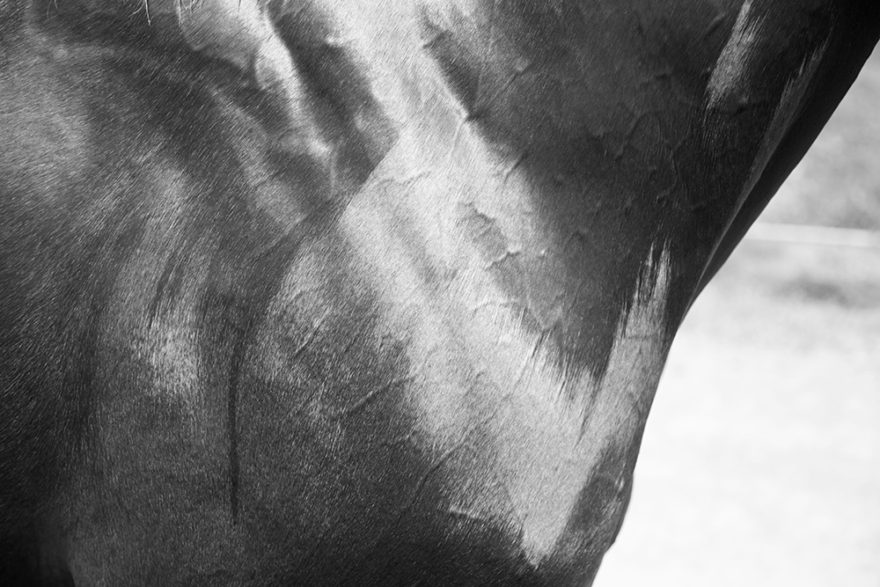 Today I walk down the aisle through the rows of stalls; my mother’s favorite old horse, Henry, slams his chest into the metal gate, extending a thick, red hairy leg and striking the ground demanding more food. More like a dog than a horse, he will sit on his haunches after a nap, looking around with mischievous glee. Despite his old age, his handlers still must apply a chain over his nose to maintain a semblance of control as the old horse merrily drags his humans to the nearest blade of grass. And though he was castrated long ago Henry is the ladies man of the farm: nuzzling, licking, talking to the mares to coax them into heat; a mischievous old man’s delight. 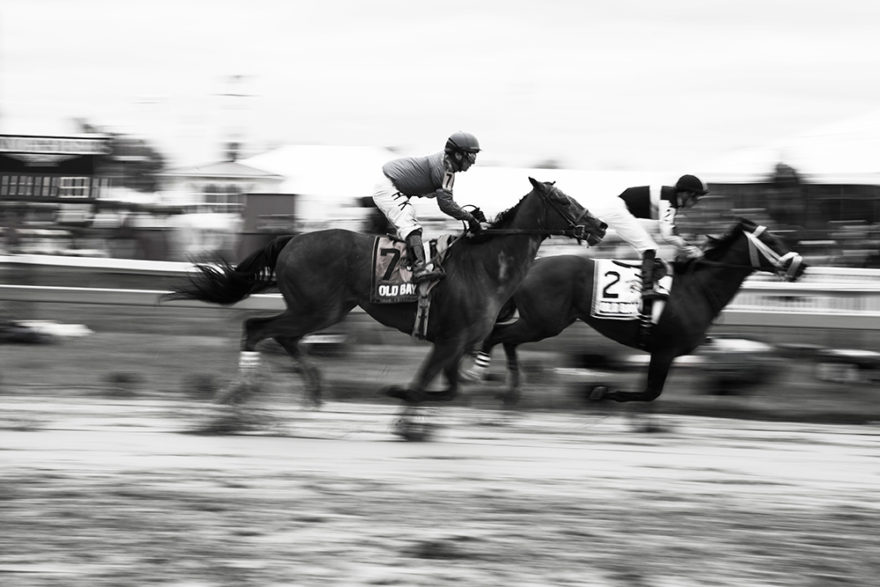 The women in my family have had horses for four generations, perhaps five if the baby growing in my belly loves them too. My mother put herself through RISD by working with racehorses at a now-defunct Rhode Island track. She says her grandmother put a bridle on a rocking chair to mimic a horse’s motion so my mother would learn how to maintain gentle contact with an equine’s sensitive mouth. She said her normally stony-tough mother (she made my uncle walk up a hill on a shattered leg because she thought he was faking it) became soft and gentle with horses with a hyper-vigilant sensitivity she did not apply to humans. 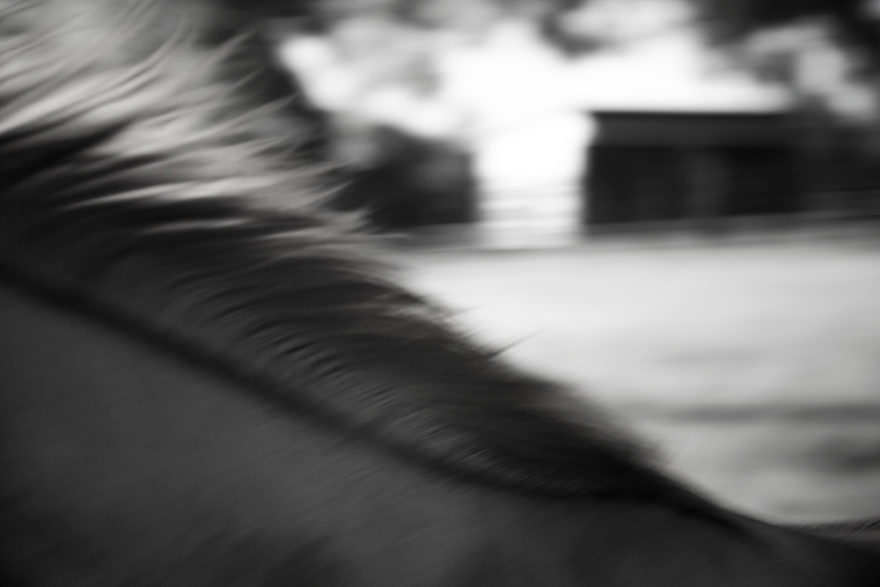 Across the stables from Henry, Asian Adventure, a small honey bay mare with three white socks and ferociously neurotic tendencies, bobs and weaves her head at the stall window and becomes rigid with anxiety at any errant noise. The veterinarian once marveled at the diamond-hard muscles rippling through her ever-anxious body. A stakes winning racer who earned over $150,000 in her brief career on the track, we found her in a tiny pen with dozens of other hungry down-on-their-luck thoroughbreds and a goat. We paid $500 for her and shipped her across the country to our farm in New York. An unlucky horse transporter grabbed her head too roughly on the cross-country trip and the once-abused mare panicked, hurling him against a wall and shattering his glasses and his nose. But she’s a divine mother. Tender, licking her foals, curling herself around them to protect them from the abuses she knows can come.

My mother and I talk of other things, but the heartbeat of our bond is horses. A genetic addiction to expensive, exhausting, dangerous animals we cannot get rid of. Perhaps it’s the slow pulsing ache to return to the sparkling nighttime aboard a timid white pony. Childhood’s solitary reverie.