“When I am performing, a part of the character is being discovered through my own consciousness. In fact, it is even bigger than that — there is a sense of interconnectivity. We feel emotions like love, pain, fear all in the same way. We can relate to this understanding beyond all social constructs. It’s an energy we tune into that never dies.”

Hailing from a family of established performers, Lewis Tan made his acting debut at the age of three. Throughout his teens, he studied performing arts, training in theatre, while mastering multiple martial arts styles such as Muay Thai and Kung-Fu. This practice taught him extreme dedication and physical commitment. By the time he reached his twenties, Lewis scored roles on “Into the Badlands” and “Den of Thieves,” appearing on “The Hangover 3,” “Olympus has Fallen,” as well as many major television shows.

After playing a superhero in one of his favorite Marvel comics of all time, the martial arts master of 15 years sat down with MONROWE to discuss his strategic place in Hollywood, what it’s like to represent a minority in the industry, and never having a plan B.

Kristin Zakala: As someone who was born in Manchester, England, raised in L.A, and travels all over the world, what culture do you find you identify with most strongly?

Lewis Tan: Experiencing many different cultures has challenged me to create a broader sense of identity. As beautiful and enriching as exploring one single culture may be, ultimately, it is all an external decoration on a much more universal idea. We are all much more similar than we may appear. I love many things about my Asian heritage, I cry every time I land on the soil in England, I love California and feel at home here. I have friends all over the world and have had deep life-changing conversations with them, which has allowed me to look at all cultures without a divide or barrier- the more I see and experience, the more human I feel. I am not my culture. I am me. 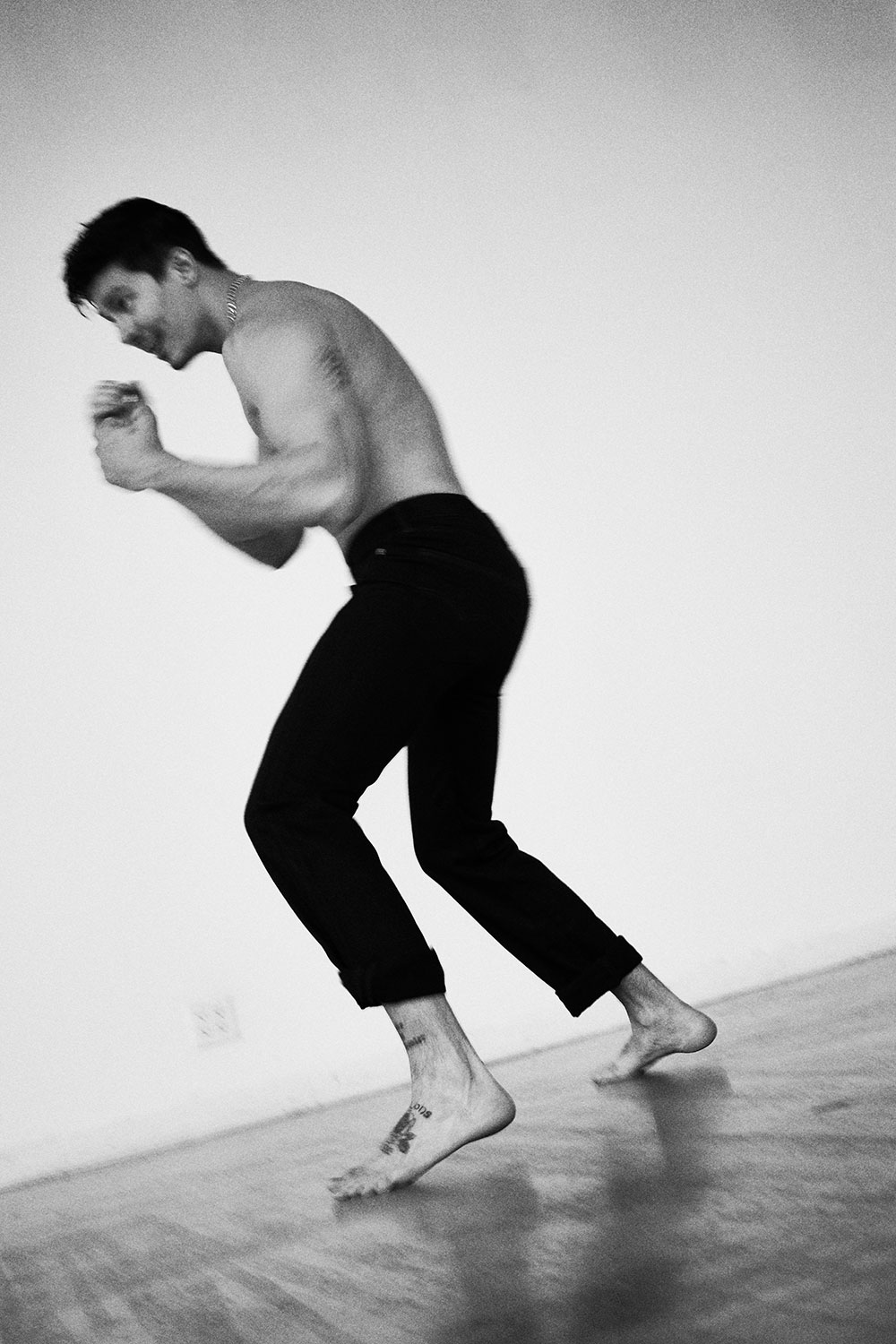 KZ: Your father was a stunt coordinator and actor for many years; your mother was a former model, and your brother is also an actor. How did their backgrounds in entertainment influence your career?

LT: My family came from nothing. They fought their way up from the street to many accolades in martial arts, gymnastics, modeling, dancing etc. When my father got into the film industry as a fight choreographer, he faced many challenges but also opened many doors. We moved to the States knowing no one but came here with the faith that we could build something. I have always had that fire in my heart from my family.

KZ: How do you get into character?

LT: It starts with my instinctual emotional response when I first read the script or hear about the material, then comes a ton of research — creating backstory, playing with ideas and influences — then I bring it into my body, movement and language — the rhythm and tone of the voice — then finally the words in the script. After that, you get to set, live in the environment, listen to your partners, and try to just have fun.

KZ: What is your role within society as an actor?

LT:  Stella Adler founded a famous acting school in New York and there’s this quote that resonates with me: “The word theatre comes from the Greeks. It means the seeing place. It is the place people come to see the truth about life and the social situation. It is the spiritual and social x-ray of the times.” 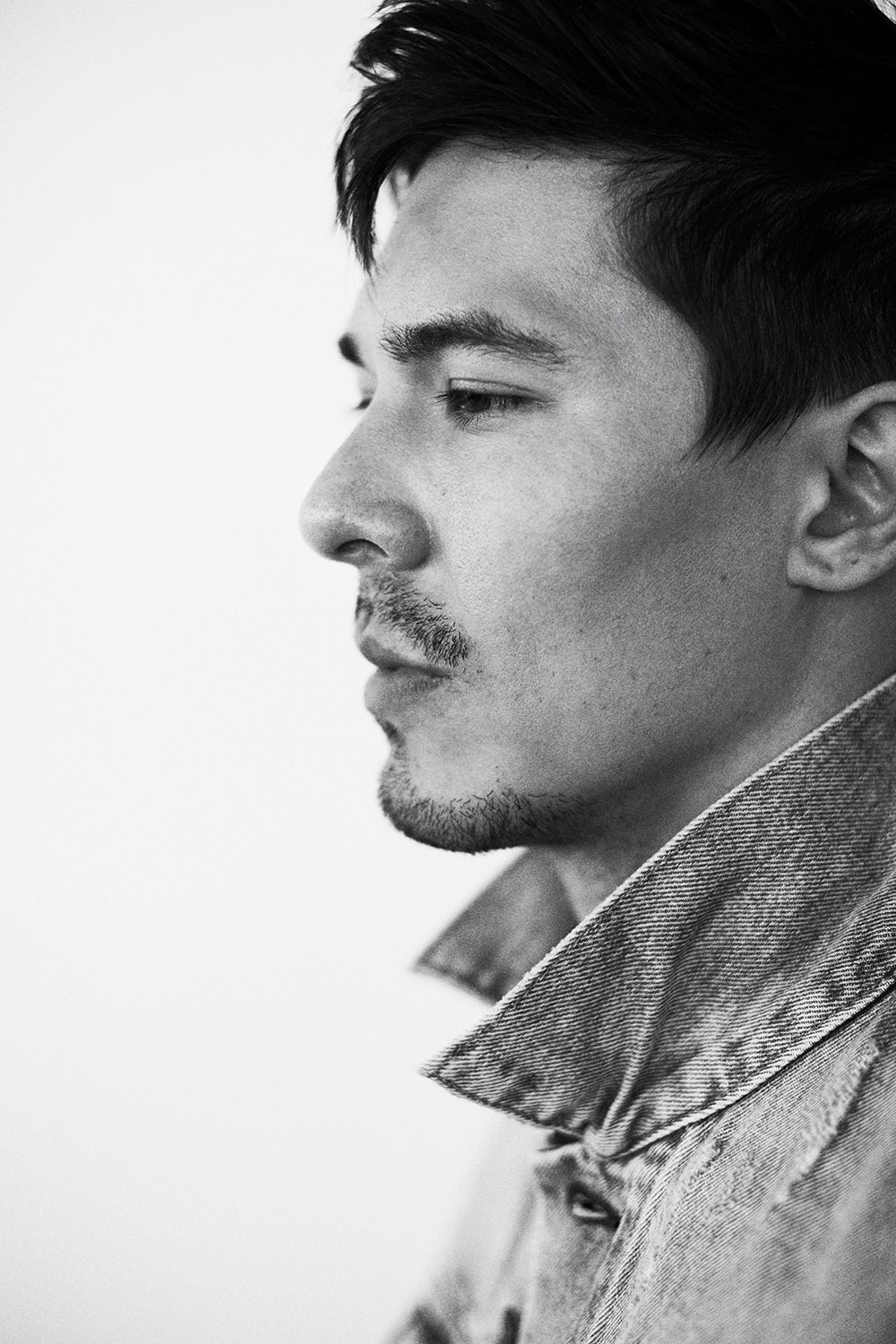 KZ: How do you think film stars handle their popularity?

LT : This is a crazy business. Sometimes, you have to be in a dark emotional place for 10 hours a day for months at a time; your body doesn’t know the difference when you are acting. You can get really messed up if you don’t have a solid foundation or people around you that have your best interest. Add a false sense of pride from fake friends, social media and a bunch of money on top of that. I have been fortunate to work mostly with humble and kind people, genuine artists, and I stay away from the other kind like the plague. I am here because I love cinema. Plus my mum would slap me upside the head if I got too cocky.

KZ: You reached viral fame after your role in “Iron Fist.” What is your role on social media? How does it influence you?

LT: I like how fast communication spreads; I like how people can band together in support or disapproval of a film. It is helping to change the landscape of cinema in a cry to get more diversity to the main roles in Hollywood. I love being able to speak directly to the fans and thank them for support. It can also be destructive, though. It is highly addictive and I requires a lot of self control and understanding if you want to use it right.

KZ: What has been your biggest career challenge so far?

LT: Staying creative and enthusiastic after being let down again and again is one of the main challenges. Also contrary to that feeling is another tricky snake: getting offered a job for a lot of money and turning it down because you know it is not the right path or the right way you want to be represented. I have dealt with both of these many times. If you follow your heart you can never go wrong.

KZ: What is the most valuable advice you’ve received from your father?

LT: In regards to having a relationship, he told me “Love is sacrifice.” That always stayed with me.

KZ: Do you have any advice to young artists/actors in the industry?

LT: Know the thing that makes you YOU — the special voice you have to offer — and guard it with everything. Work your ass off until you feel you can’t handle it and then work some more after that. Stay humble and present. Everything else after that will fall into place.

KZ: How do you feel the asian demographic is represented in Hollywood?

LT: We are under represented and stereotyped. We have an insanely large audience here and over seas that do not get to see themselves as heroes, leading men and woman, as love interests, or as deeply layered characters. This is a wall that actors of color have been working on breaking down for a long time. Trust me. It is coming down. Film is such a powerful medium that effects the mentality of people all over the world; it has changed laws and changed the history of nations. There are many voices and stories that need to be heard that will empower people and enrich this art form.

KZ:  After being in the industry for many years, what potential do you see for filmmakers to make a change in the world?

Catch Lewis as “Shatterstar” from “planet Mojoworld” in Marvel studios Deadpool 2, out now.