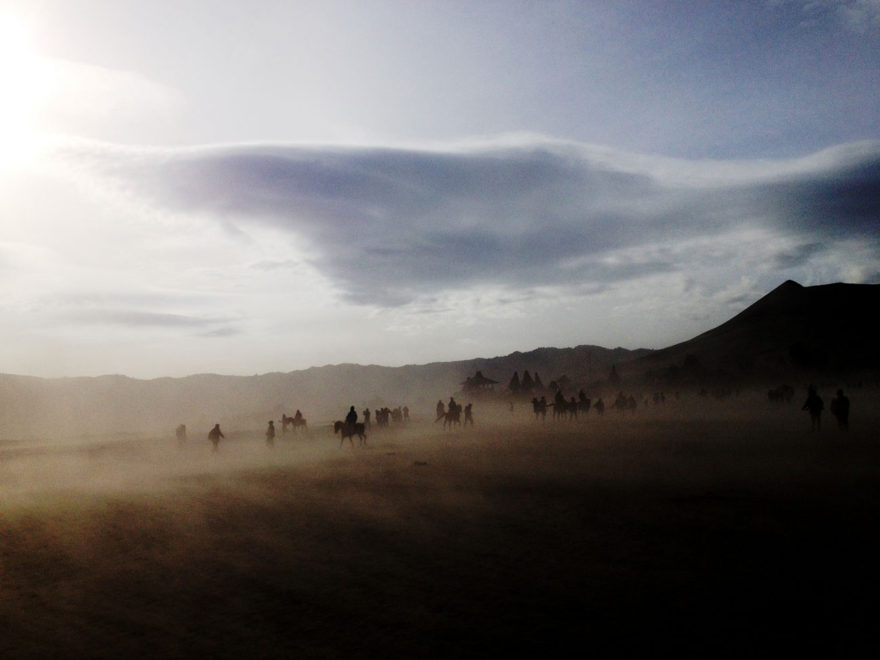 Whenever I think about the nature of the journey, a quote from Alain de Botton’s, “The Art of Travel” comes to mind: “If our lives are dominated by a search for happiness, then perhaps few activities reveal as much about the dynamics of this quest—in all its ardor and its paradoxes—than our travels.” A journey does not necessarily have to be physical. One can embark on an adventure using purely the imagination. But, as De Bottom outlines, it is the point at which these two experiences meet—the reality of the undertaking and it’s prefabricated counterpart—that is sometimes cause for existential contention.

Polina Sova’s images of Indonesia’s Mount Bromo, the active volcano in East Java she visited in 2014, are reminiscent of those seen in a travel brochure. They procure a sense of utopia for the intrepid, a sense of otherworldly action, and its ultimate resolution with a view from the peak. Indeed, Sova’s journey moves from the Bromo’s base, located in the Sea of Sand, upward. Sometimes, she appears to be embedded amongst the activity. At other times, she is a voyeur, capturing events from a distance. These stances aren’t reluctant but rather inquisitive and lend to her ancillary role in front of the lens as a fashion model. Here, Sova’s images of Bromo turn the traditional relationship between photographer and muse on its head. She has captured Bromo and its surroundings as a photojournalist would yet she is both photographer and subject, and this is cause — as de Botton might suggest — for contemplation. 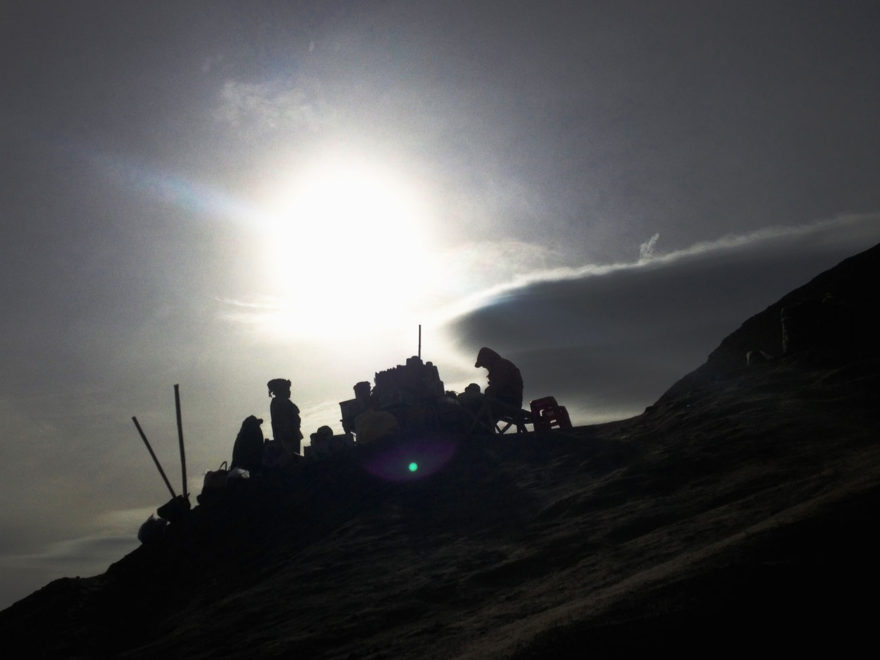 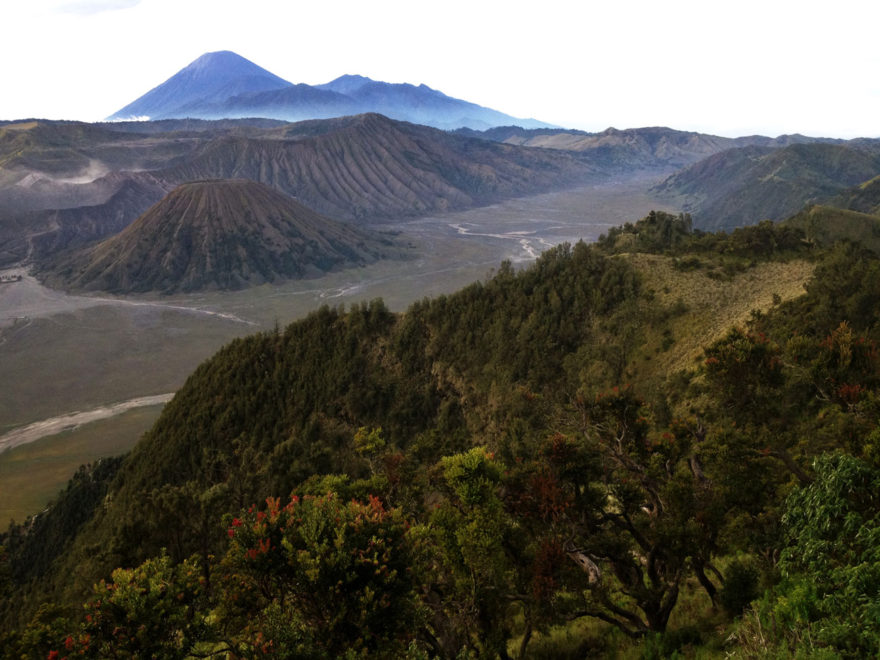 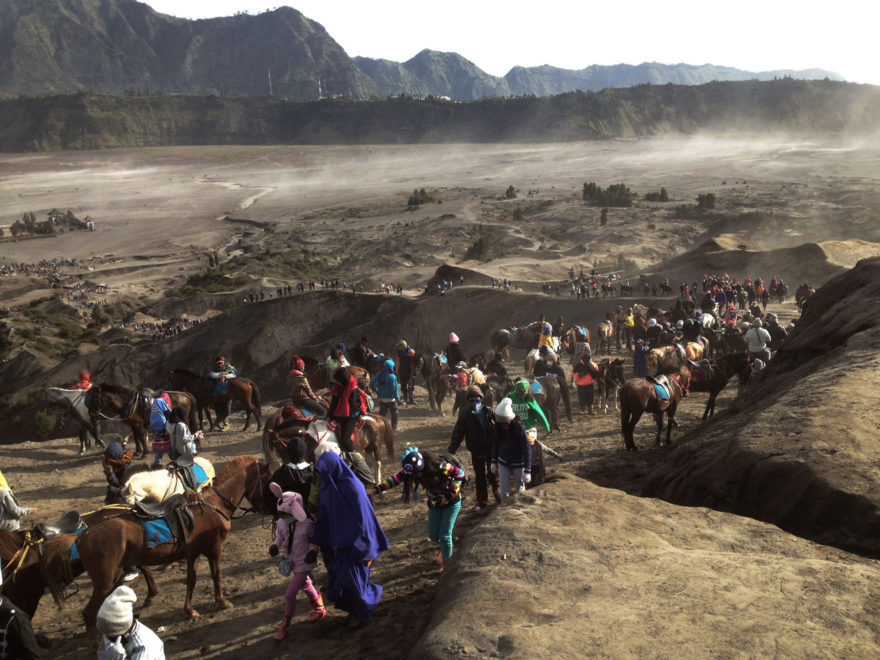 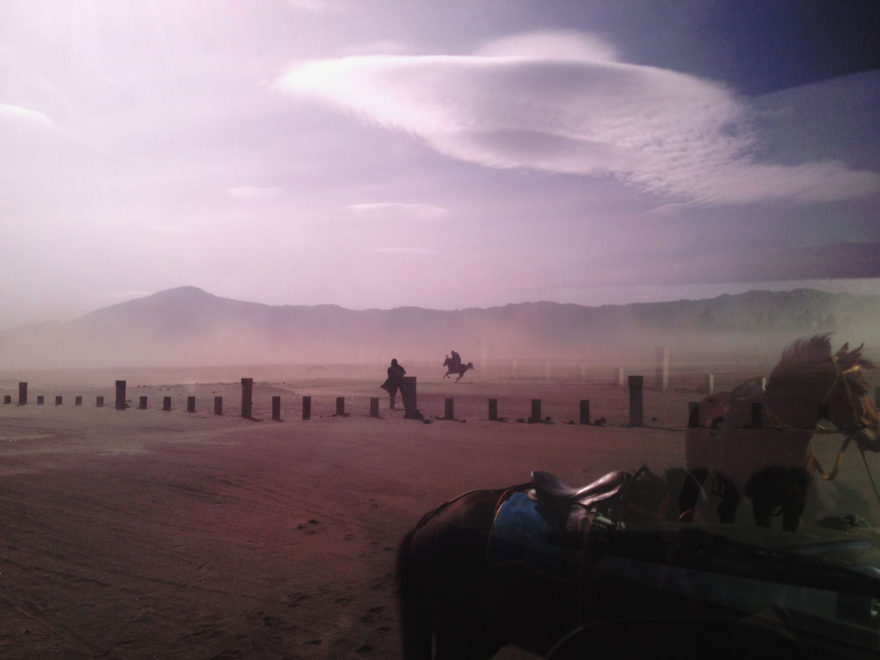