As Gwen Dawson—the youngest house maid at “Downton Abbey”—she secretly dreamed of escaping a life of service, and becoming a secretary (in the show’s very first season). In a memorable season six cameo, she returned to visit England’s best known stately home, as the wife of a rising politician, an eloquent feminist, and an ardent advocate for the education of women.

In “Game of Thrones” she was the auburn-haired wilding archer Ygritte, for whom Jon Snow broke his Night’s Watch vow of chastity—kindling an impossible passion that both characters would deny, even to themselves, until she died in his arms (toward the end of Season 4), while the wilding armies lay siege to the Wall and Castle Black, telling Snow one last time (with a broad Lancashire accent) that he “know[s] nothing.”

As for the fate and fortunes of Rose Leslie’s latest character, Maia Rindell—a recent law school graduate (from a prominent and enormously wealthy Chicago family, who’s secured a job offer at the law firm of her godmother, Diane Lockhart)—this may depend less on Leslie— or her versatile gifts as an actress, or even on the storytelling skills of Robert and Michelle King in creating an absorbing sequel to their long-running CBS hit series “The Good Wife,” and rather more on the venerable broadcast channel’s marketing bet that it can launch its new subscription streaming service “All Access” by luring the old show’s loyal audience (of 10-13 million regular viewers over seven seasons) back to the colorful political and legal world of Alicia Florrick (played by Julianna Margulies, who won three Emmys and was nominated for seven more in the role), but without Margulies’ beloved character ever actually turning up in the sequel.

MONROWE recently caught up with Rose Leslie by phone, shortly after her return home to London following some five months living and shooting the first season of “The Good Fight” in Brooklyn, New York. 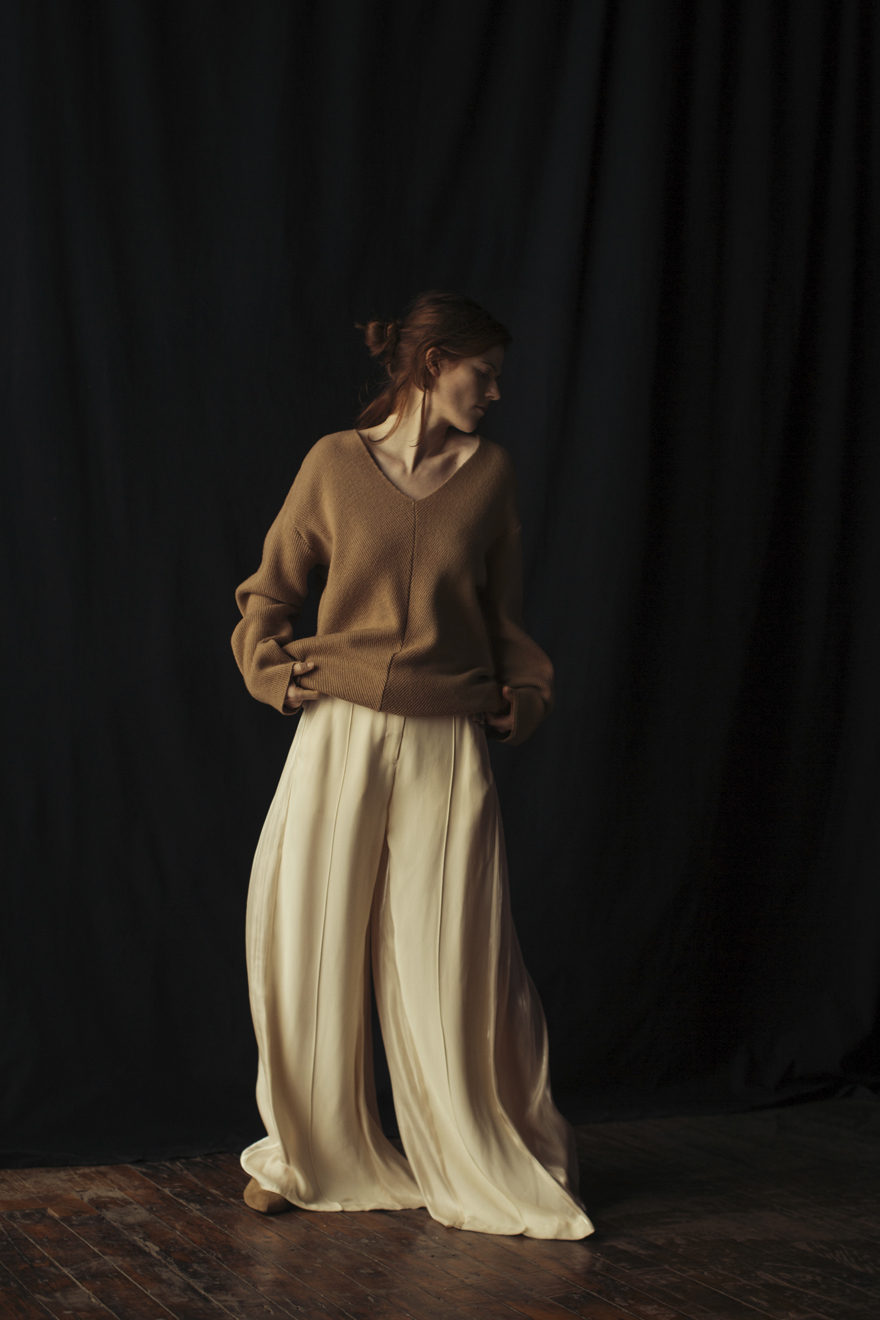 Guy Lesser: So, is Julianna Margulies going to be lured into appearing in Season 2 of “The Good Fight” when you all come back to shoot next fall?

GL: Not necessarily. But when a character like Alicia doesn’t die, with, say—

RL: An arrow through the heart?

GL: There’s no closure to her storyline, and of course Alicia does periodically receive mention in “The Good Fight.”

RL: True, true. But I loved the way they ended “The Good Wife” and left the door open— even if there isn’t any way that that she’s going to come through it. But it also reflects life, when, you know, you’re not too sure whether you are going to see an old friend again. 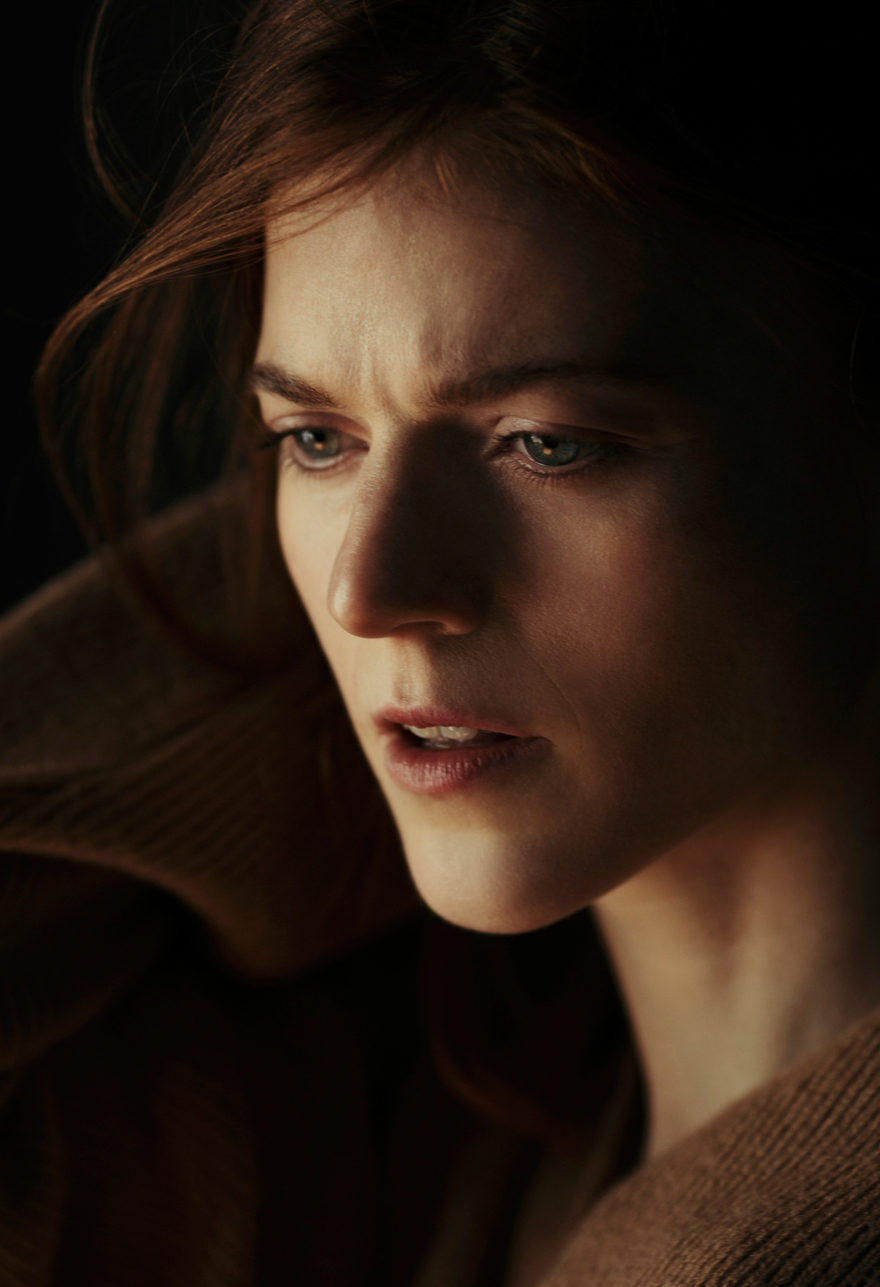 GL: Were you a fan of the “The Good Wife” or was it Maia’s character that convinced you to take the part?

RL: I was completely drawn into the world that the Kings created in “The Good Wife,” and I felt completely honored to be asked to be part of that. But it was the writing that really got me. I feel that they are such bold writers, and such advocates for women, and as a result, I greatly admire their work. I knew this was something I would love to be part of—particularly when it came to Maia, and the opportunity to explore in depth one character through the arc of however many episodes. She wasn’t someone—despite the privilege she was brought up with—who felt entitled or was arrogant. She realized that she had to work incredibly hard to prove her worth to her peers and others. And I rather loved her backbone and her resilience. And certainly with everything that is thrown at her through the season. You see her flaws, but you also see that she’s passionate, and dedicated to the cause of fighting injustice, and I love the core of self-belief she has.

GL: Did you discuss Maia with the Kings?

RL: They asked me to read the pilot and to come back to them—to see what I thought, and whether I was a fan of this particular genre, and this particular universe, and the character. I really loved the pilot. And they were very open to discussion in terms of letting me know what the character’s arc would be in the first season, and helping me be aware of where the character was going to go.

GL: In some ways, she seems so different from other characters you’ve played.

RL: Obviously, I’ve had to be prepared to play all kinds of women. But I always find myself being drawn to playing characters who are forced to get out of their comfort zones. Hopefully that keeps it interesting for the audience, but certainly for me—along with the development within the character—it keeps it interesting.

GL: The fictional Rindell family is very clearly modeled on Bernie Madoff’s, with many of the same questions posed about who knew what, when, and who was blissfully ignorant about the family’s and Madoff’s investment fund’s extraordinary good fortune—particularly before the scandal broke. What sort of preparation was involved for playing someone who’s American, a lawyer, and the daughter of this sort of family?

RL: I had played a couple of American characters before, so I felt at ease with the accent, although I’d never approached a project where I was talking in American for nearly five and an a half months. I listened to voices on Youtube and American TV so it would come across as naturally as possible. But I was also surrounded by Americans on set— so if I wasn’t too sure about how to pronounce a particular word, I could just ask anyone. With Maia Rindell, I didn’t necessarily check out the bar exam—was that terrible of me? But I did do some research when it came to Ponzi schemes, and I read Stephanie Madoff Mack’s autobiography, “The End of Normal.” And of course that was her take on being married to Mark Madoff, and what they were thinking, and the horrific consequences after Bernie Madoff confessed. It seems just extraordinary, crazy in a way, that his surname was “made-off.” 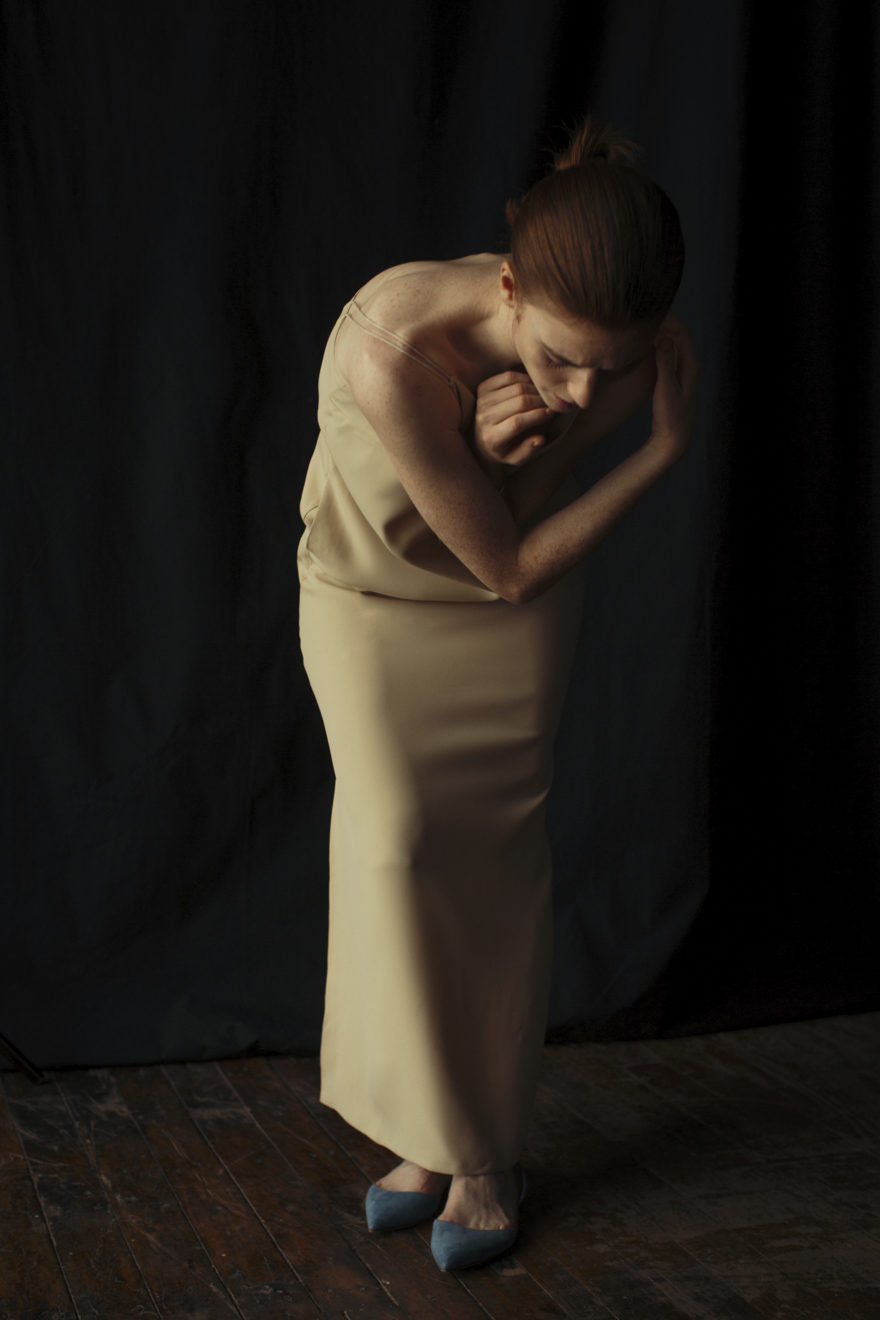 GL: I actually went to a minor English boarding school, called “Mill Hill,” that is sometimes confused with your boarding school, Millfield—both because of its name, and for its prowess at team sports. Of course, not only did I not fit in, but even after two years of playing them, I’m still far from sure I understand either cricket or rugby.

RL: Cricket is still something I cannot wrap my head around. I’m lost halfway through the explanation. And I still don’t get it—not that I’m proud of that—I should understand how cricket works. Rugby is a lot easier to follow—rugby I get.

GL: So were you good at sports?

RL: Interestingly enough, I know Millfield is well known for sport— my older sister was, and is fantastic when it comes to that. She did netball, a lot of hockey, and rounders. But Millfield also has a fantastic drama program. And from a very young age, rather than pursuing sport, I was always drawn to the creative side, and they were brilliant at pushing you to write pieces of your own, and perform pieces of your own. There were evenings whereby you could do whatever you wanted to do— whether that was dance or poetry or a bit of acting or singing, playing a musical instrument. And so, we were really encouraged by the school to explore.

Then, after I was 18 and my A-Levels, my fabulous drama teacher—Mr [Alex] Boyd-Williams—helped me chose and hone my monologues to apply to LAMDA drama school. Helena from “A Midsummer Night’s Dream” was my “classic.” And my “modern” which was powerful, and rather harrowing, and very dark—but then, I’m kind of drawn to that—was from a Mike Bartlett play. 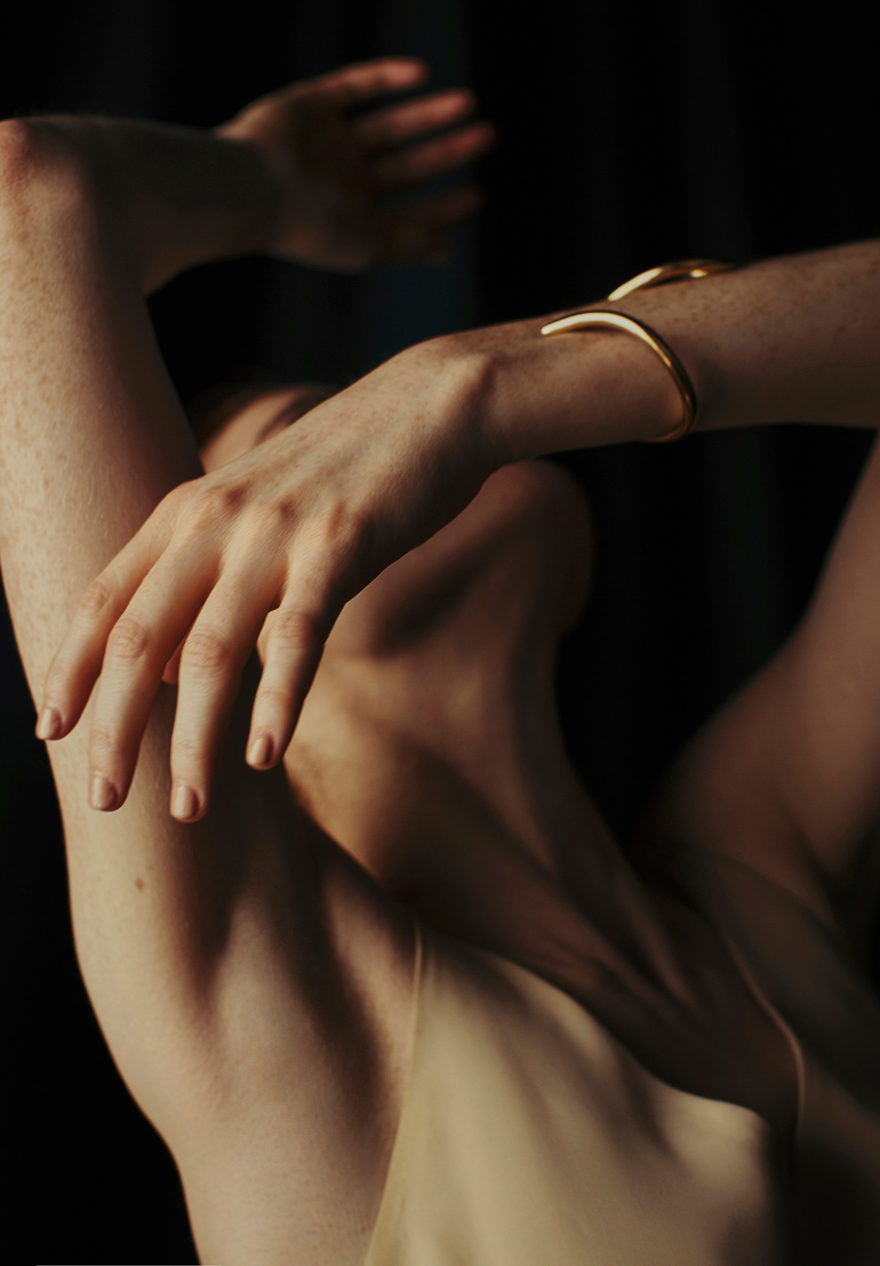 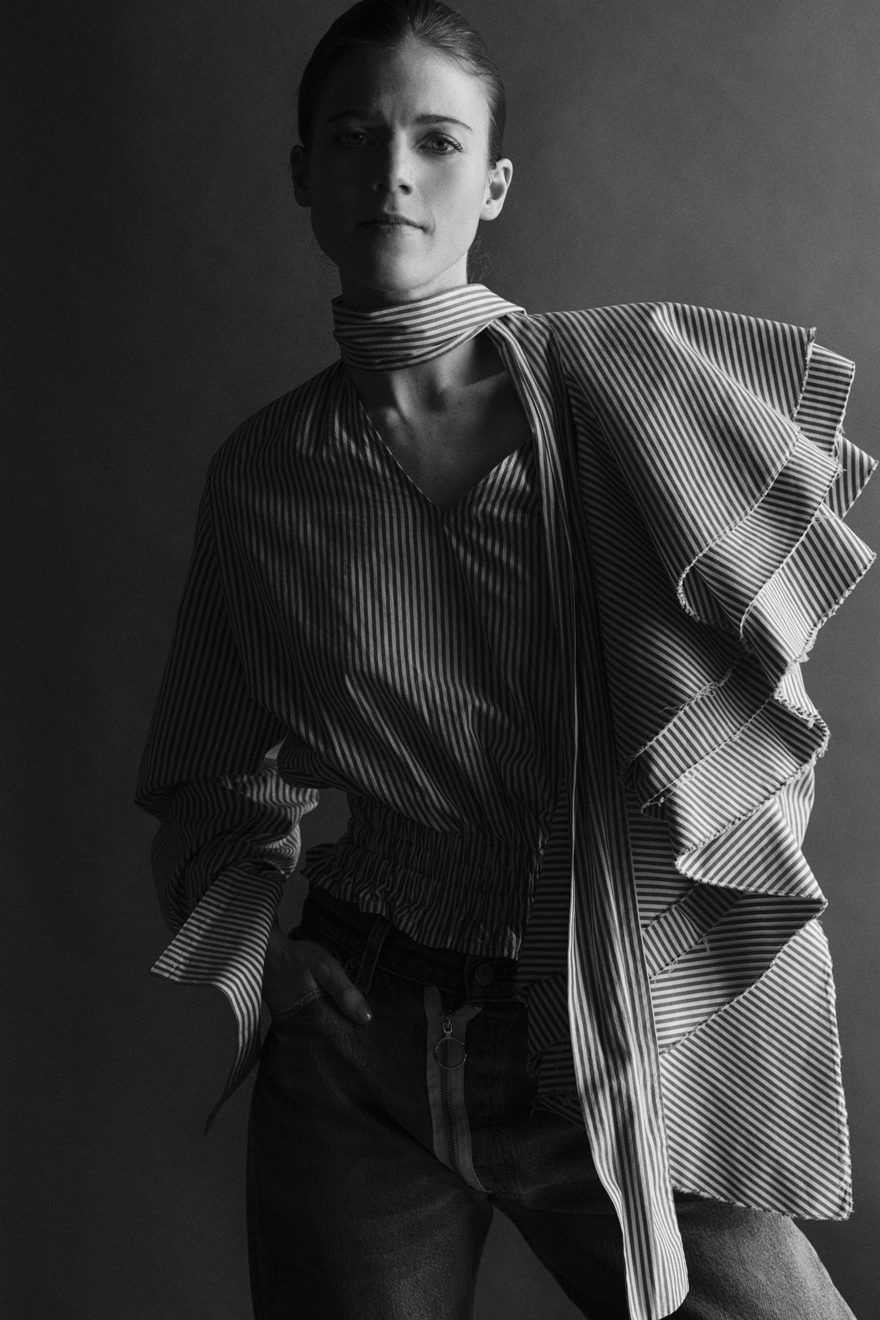 GL: Which is to say, the road to your playing “Emma” in the Crucible Theatre’s revival of Bartlett’s “Contractions” last year began when you were at Millfield.

RL: I really do owe my love of Bartlett and the enjoyment I find in reading his work to my drama teacher, Mr Boyd-Williams. He introduced me to Bartlett, and pushed me in this particular direction. 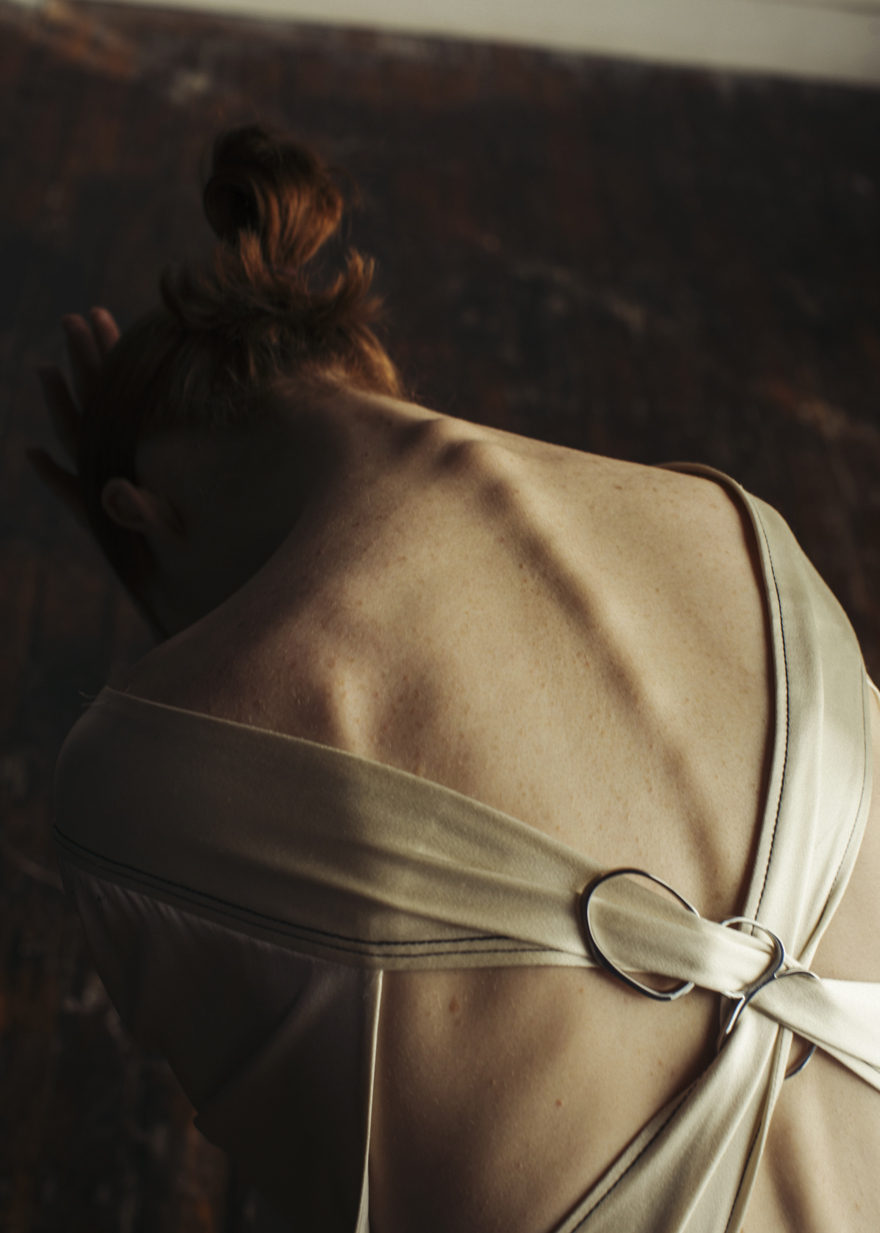 GL: Was “Downton Abbey” in some sense your first “big break,” or somehow get you the role of Ygritte on “Game of Thrones?”

RL: Downton very much helped me land an agent, and be more confident in the acting world. And I felt incredibly privileged to have a job that lasted for 6 months. Before Downton everything I’d done was episodic, so that was a really really lovely, wonderful experience.

I did hear from David Benioff’s office [GoT’s co-developer} that they happened to see me when Downton was airing in the US, and they were looking for an auburn-redhead. And as a result, I was one of many to audition for Ygritte. So [Downton] definitely helped me get my foot in the door, since I’m not sure I would have been able to audition for the role if I hadn’t been “seen.” But I feel it’s always a snowball effect— isn’t it? That each job lends to the next. Then, there’s also an element within my career driving which particular role or character I want to choose next. And hopefully through that there’s longevity. . . .