“Our stories are much more similar than [they are] different,” says Danielle Brooks, four minutes into our phone conversation. The 27-year old South Carolina native is bursting with enthusiasm, speaking with a kind of humility that makes you feel instantly comfortable, even on a rainy afternoon. Talking to Danielle, I don’t feel jittery or nervous, despite the power she has lent to her art onstage in “The Color Purple,” and (more recently) in Netflix’s stigma-squashing drama, “Orange is the New Black.” She’s a glowing example of inclusivity, fighting for diversity in media through initiatives like Refinery29’s 67% project and through advocacy campaigns like #VoiceOfTheCurves.

Speaking with Danielle, I feel an immediate sense of sisterhood and warmth — two qualities she brings to many of her characters. As a former fashion model, her story resonates with me. From early adulthood, my body often hovered above a line of “not quite’s” and “almost there’s,” a constant reminder that with growth came subtraction, and with that came the nagging sensation that the example I was setting about beauty was wrong. Women like Danielle Brooks, however, are not subscribing to these voices. They are changing the world. “Before I booked this job, I was auditioning for a lot of stereotypical black women, mothers, even though I was 21 and coming out of school,” she says about her time before Orange. “Mothers that were sassy and smart-mouthed, but there was no substance to the characters. I was really nervous because I was like, ‘I don’t know how I’m supposed to do that, I’m not a mother, I’m not 30-something, I don’t know how I’m supposed to fit in this box.’” At that time, Netflix was a relatively new disruptive force in television consumption, but their attempts to restructure the status quo made space for women like Brooks to compassionately and consciously create. “For my audition, they specifically said to wear no makeup; wear your hair as natural as possible… I booked the job for being myself.” 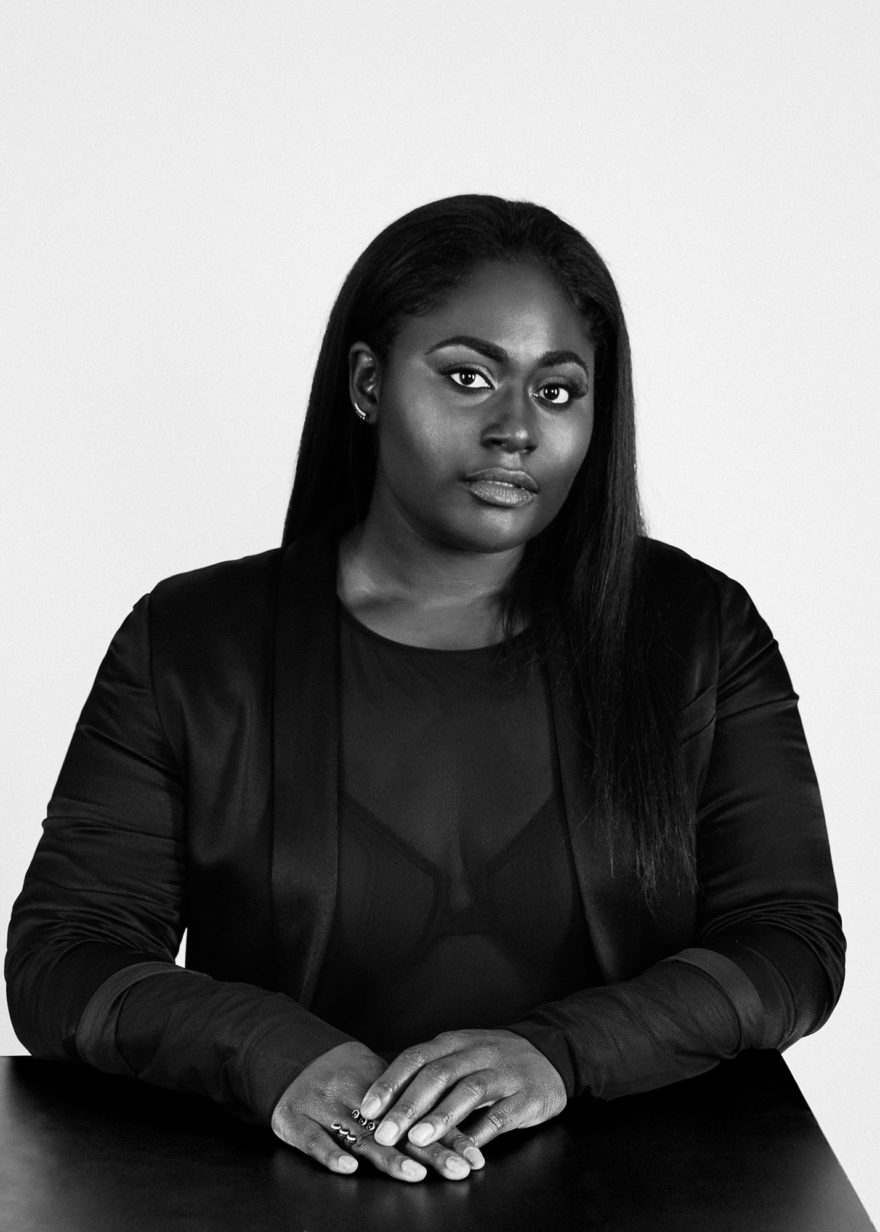 It’s not hard to share her appreciation for the existence of shows like Orange, brought to Netflix by creator Jenji Kohan, who Brooks dubs as “fearless.”  Open any magazine, or scroll through any social media feed; you’re bound to find someone — famous or not — expressing their frustrations with sizeism, ageism, racism, or classism. To find tremendous success in a show that shatters every single stereotype is a remarkable testament to what people want to see more of.

This kind of freedom is something Danielle seems driven to help nurture in an industry that was once notoriously content with leaving diversity behind. “What I realized,” she told me, referring to her progression through the seasons of “Orange Is the New Black,” “is that I am being the girl that I wanted to see when I was younger. I wanted someone to speak out about the lack of representation among dark skinned girls and how dark skinned girls are not always considered beautiful… and we are.” 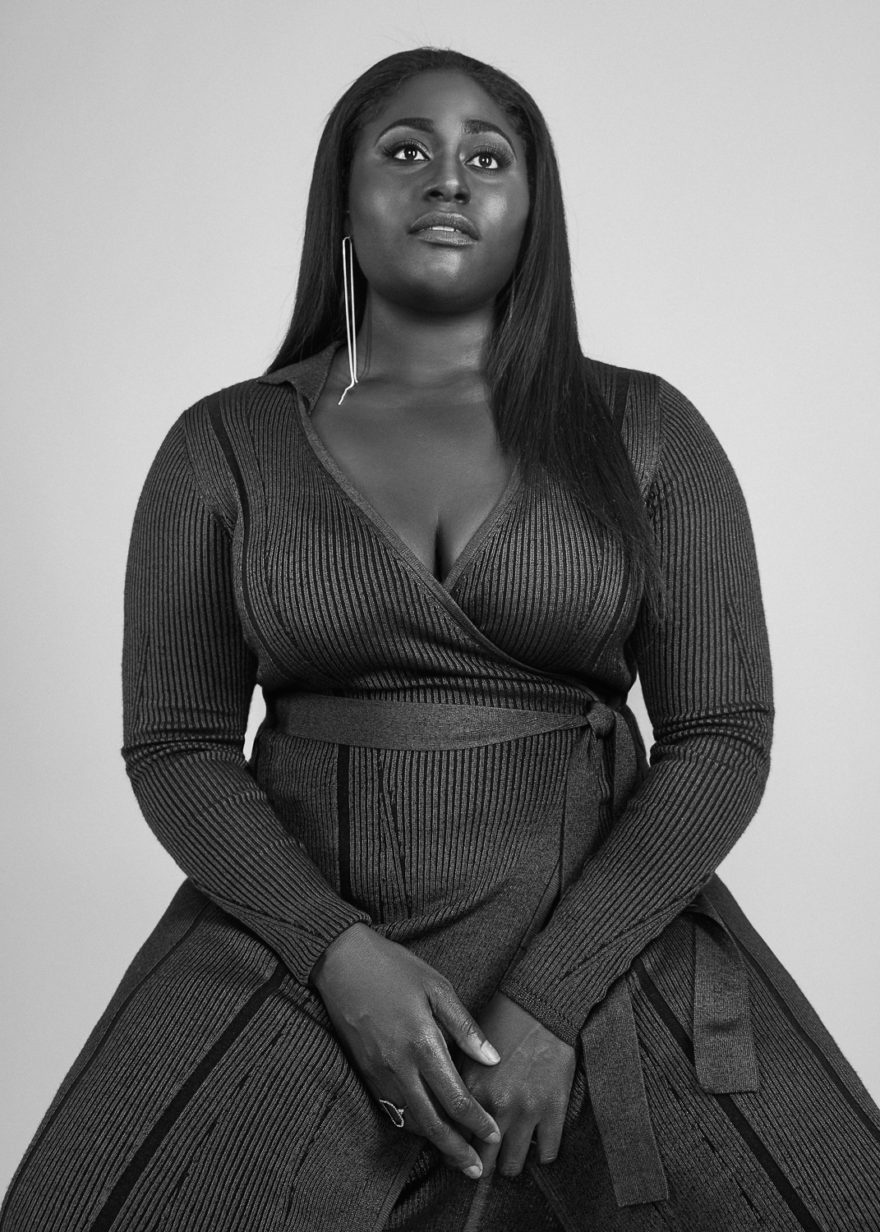 One of the most impressionable aspects of Danielle’s character comes from her willingness to redefine success. She studied for a part of her teenage years at an arts high school in South Carolina, which not only taught her how to understand the business but to cherish her youthful spark.

“In talking to young people…sometimes you want a formula for your life,” she says, having just days before our conversation visited students at her alma mater. “You see how Octavia Spencer’s life is, or Viola Davis, or Taraji P Henson’s, and you’re like, ‘OK, how can I format my life the way that their’s [is], so that I can have at least a piece of what they’ve been able to experience?’ But, there’s no format. There’s no right way to experience this thing that is life, it just is.”

This combination of mature objectivity and youthful desire to learn are the pillars from which Brooks seems to build her brand. Her willingness to analyze like a philosopher and create like some of the finest of her age speaks to a duality that inspires both growth and introspection — something only a handful of artists per generation seem to grasp. On a singular day in 2016, Brooks gave a Tony-nominated performance in “The Colour Purple” and delivered one of the most poignant scenes in the history of “Orange is the New Black” — the scene in which Poussey (played by Samira Wiley) is accidentally choked to death. That day, admits Brooks, was draining. “At the same time,” she adds, referencing Trayvon Martin, Jordan Edwards, Eric Garner, and others who have tragically lost their lives, “how can I say that when people have actually experienced [loss]? For me it was important to be as truthful and honest as possible so that people understand that the people we are killing…they mean something to somebody; their life matters to someone.”

The cast of Orange not only weaves their empathy into the fabric of every episode but in life, too, long after seasons wrap. The entire cast has been seen marching for Eric Garner in New York City. Danielle — who organized the cast’s presence at the march — speaks to the injustice marginalized communities face with an amalgamation of urgency, sincerity, and passion. “Black lives are not to be taken lightly, they should not be thrown away.”

It is in this vein that Brooks works to empower young girls in recognizing their validity early on. She cites a moving example from her first SAG red carpet: “I was dressed by Christian Siriano, and I had this rich blue dress. It was gorgeous. What blew my mind was that I had gotten tagged by this young girl on Instagram… She’d gotten someone to customize her prom dress to look identical to the one I had worn. And that spoke volumes to me because she saw herself in me, and she saw that ‘yes, I can have examples that are realistic to who I really am.’”

This young girl’s story, to me, felt like Danielle Brooks’ encapsulated. Toward the end of our conversation, she confessed, “to be able to be that person that I wanted to see [when I was younger], and to get that response from young women…validating the fact that they feel the same way that I feel…it just does my heart well. It makes me feel like I’m doing something.”

Special Thanks to Studio 3131