“You get glimpses of important moments and what the movement could do to people, but you never know if that’s actually going to happen…”

With her new show S.W.A.T  coming out on CBS next month, you would think that Lina Esco has her hands full. Not even close. The proud multihyphenate (actor, director, activist) sat down with MONROWE to talk about The Human Campaign, Free The Nipple, filmmaking, and what’s next. 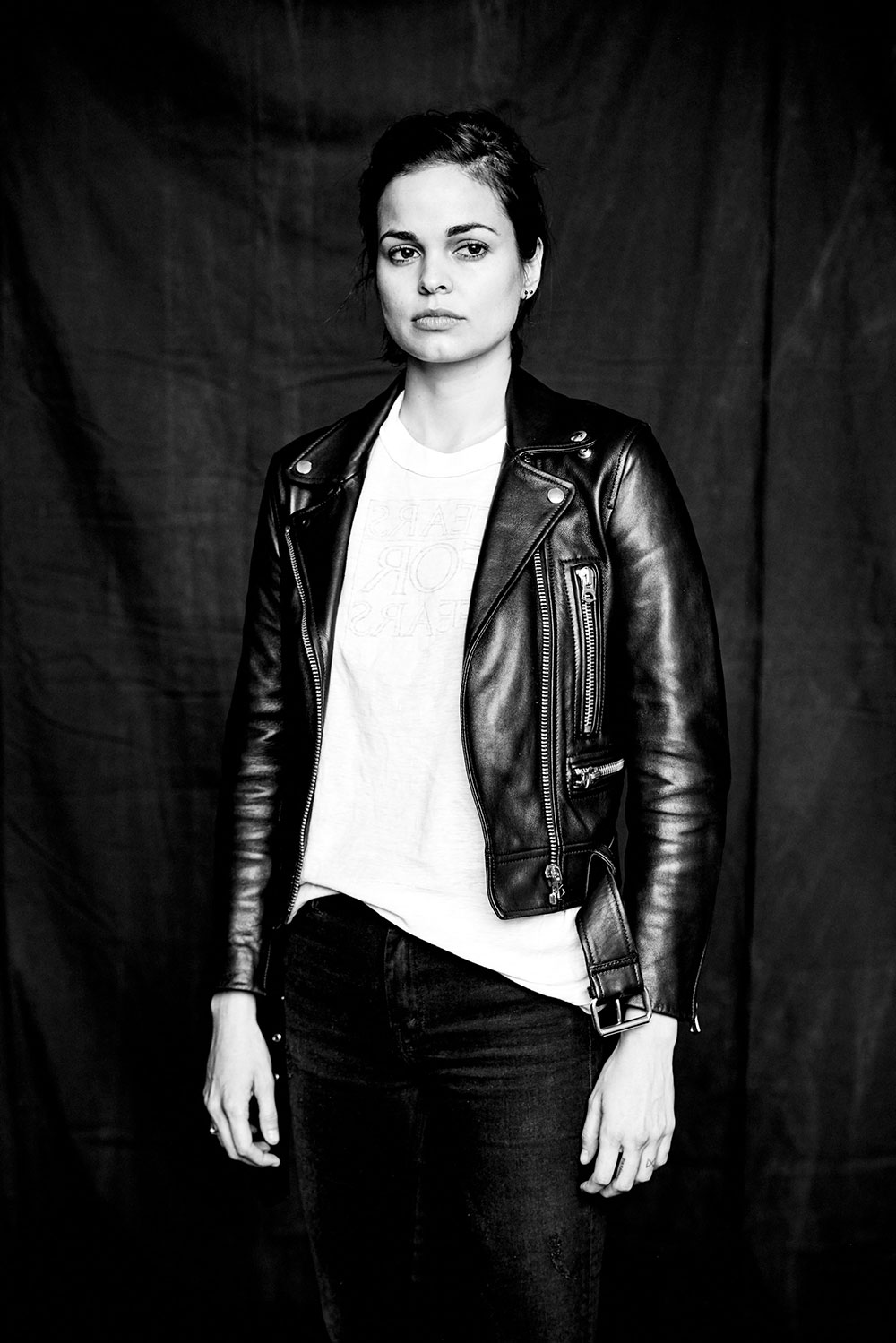 CS: When you were a little girl, did you feel the strong urge to speak up about issues of the world?  When did you first feel there was a difference between women and men’s equality?

LE: As a young child, I think I was very upset about the relationship between my mom and my dad. My dad was very controlling over my mother, and I didn’t make sense of their dynamic until I was much older — probably eight or nine. Then I started questioning why my father was the way he was and why he would always question how long her skirt was, for example. He just was controlling over her. Watching him roam the streets and checking out younger girls — I just didn’t understand that and it upset me.

CS: When did you first start fighting for human rights?

LE: 2005-2006, when I read the book “The End of Poverty” by Jeffrey Sachs. A friend of mine, Chris Garden, took me to meet Fisher Stevens to watch the first rough cut of  “The Cove.” All I wanted to do was help, so I started directing PSAs for “The Cove” to help bring awareness to the film and the issue in Taiji, Japan. Even though the movie won an Oscar for it, and the practice of poaching dolphins is still happening today. 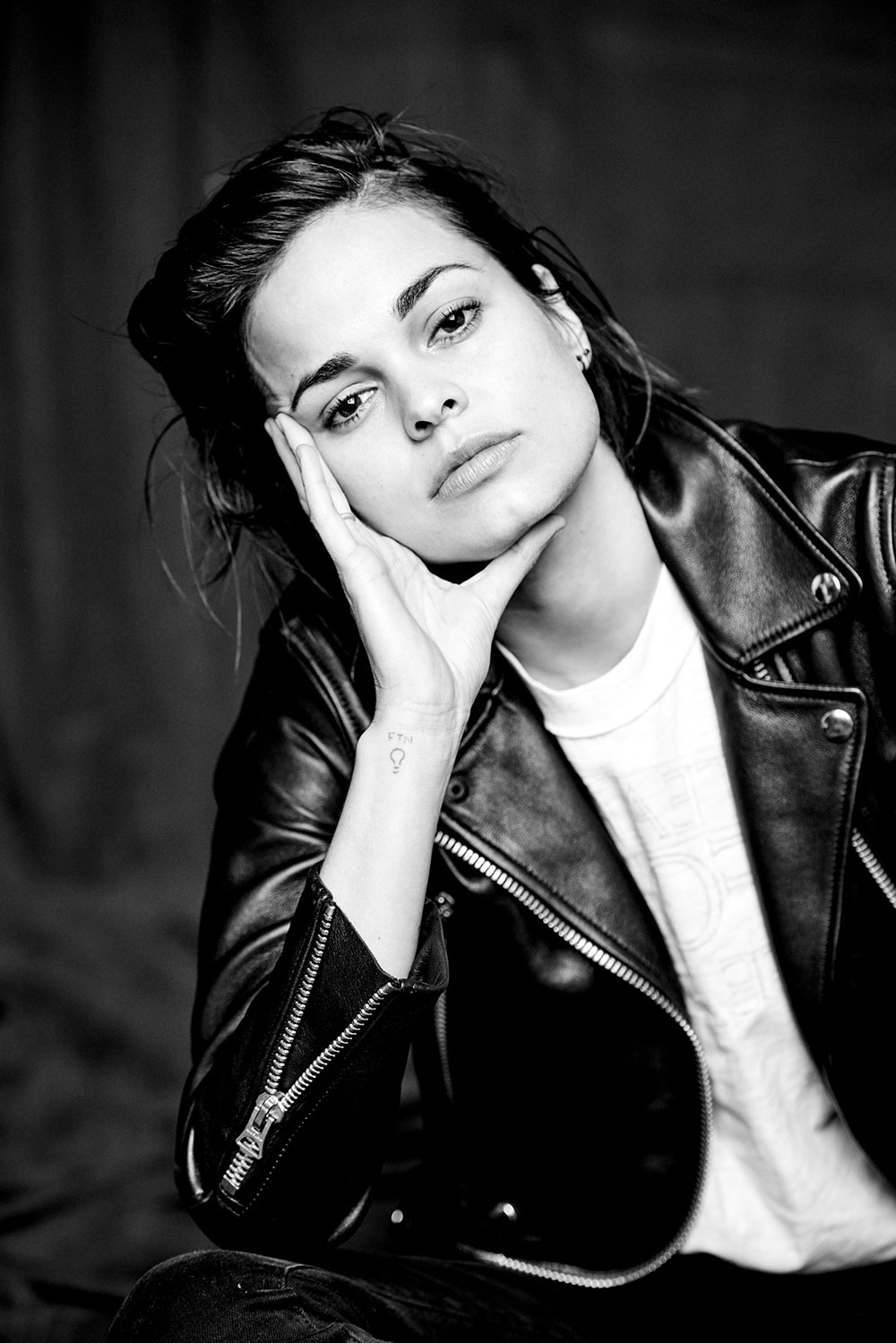 CS: You are a woman of many talents: an actor, director, human activist…and you have a great passion for what you believe in. What are you working on now?

LE: The biggest thing I am looking to achieve is gender equality. I’ve launched my new campaign called The Human Campaign. It’s about getting the Equal Rights Amendment into the Constitution; it was first written in 1923 by Alice Paul and it still hasn’t passed.

CS: How did Free The Nipple come about?

LE: It started as an idea in 2010 about women running around topless in New York City to challenge the censorship laws in America for equality. I was fortunate enough to meet an amazing woman named Lisa Azuelos and she literally gave me a million dollars to go and shoot a film on the subject.

The easiest thing was the money; everything else was close to impossible… As you remember; you were the wardrobe stylist for the film. Then Hurricane Sandy hit. I remember our camera equipment trucks were all waiting in line outside the gas station for 15-18 hours. We were in survivor mode. The quote that kept going through my head to keep me moving forward was Winston Churchill’s quote “If you’re going through hell, keep going.” We were in hell pretty much every day. 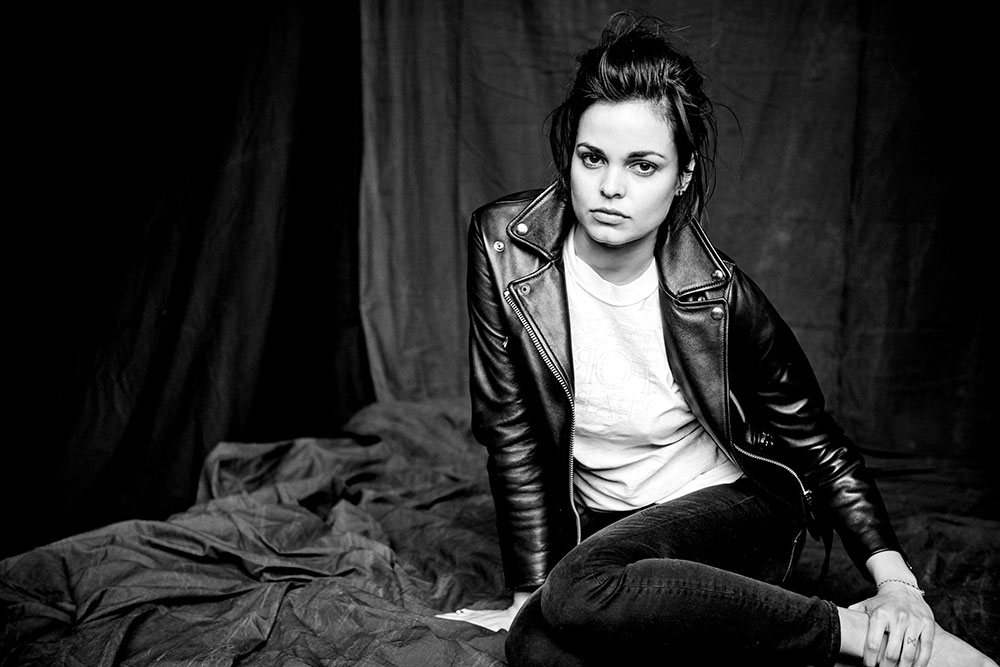 CS: Your new campaign is called The Human Campaign, can you explain what this means to you and for the world?

LE: It’s really an extension of Free The Nipple. Why The Human Campaign? Because that’s where we’re all heading; we’re heading to this place where we are tired of being divided by race, religion, and gender. The Human Campaign’s only mission is to get the Equal Rights Amendment into the Constitution… There are 130 countries around the globe that have something in their constitution that states that men and women are equal and we don’t have that.

I’m launching this campaign with my partner Trevor Neilson… He started Global Philanthropy Group and was involved with the Melinda Gates Foundation … I call him the God of philanthropy – he’s so disruptive and I don’t think I’ll be able to do it without him. We’re on a mission to make sure this passes in our lifetime.

CS: Do you feel that free the nipple has opened doors, pushing you to be more of a political leader?

LE: Definitely. I mean, I’m not aiming to become a politician in any way. I’ve always spoken my mind and you know me… I can not hold anything inside. I will do anything for the minorities and the people that are being abused. 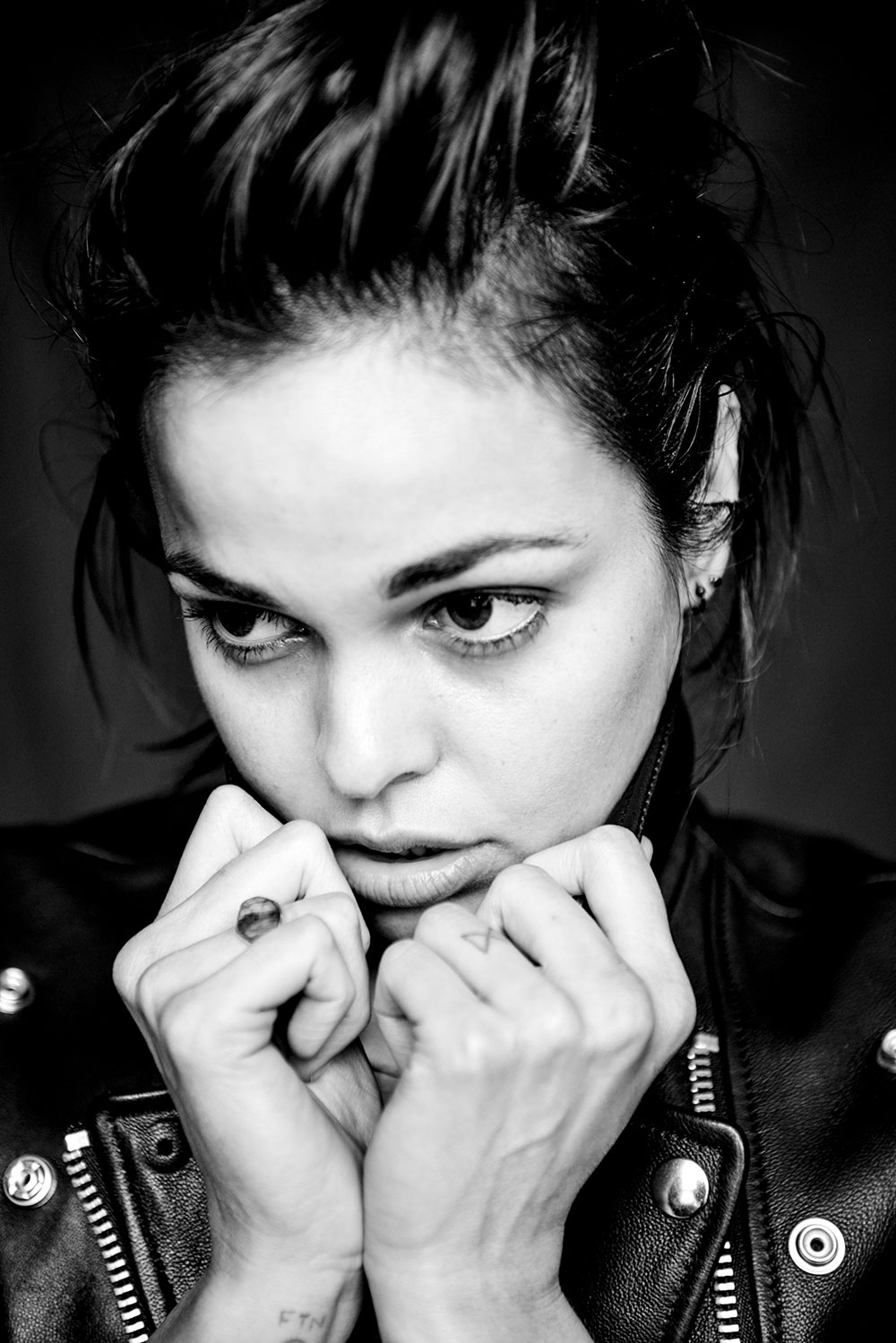 CS: Okay, so you’re pairing up with some very influential people. What can we expect from your first campaign demonstration that you and Trevor Neilson are going to put together?

LE: I can’t really tell you, but we’re raising a lot of money to do something really disruptive.

CS: I can’t wait to see what happens. Who do you look to for inspiration to keep you motivated for your causes?

LE: I would say one of the people that inspired me a lot is Laura Poitras. She’s the women that Edward Snowden reached out to go and film him when he was in Hong Kong. I love her and I love Edward Snowden. I think the thing that keeps me inspired is the hundreds of emails I get every month from Free the Nipple supporters talking about their own experiences. Women have a moment right now but if we don’t capitalize on it and use it and really become active about it… it’s just going to fade away…. 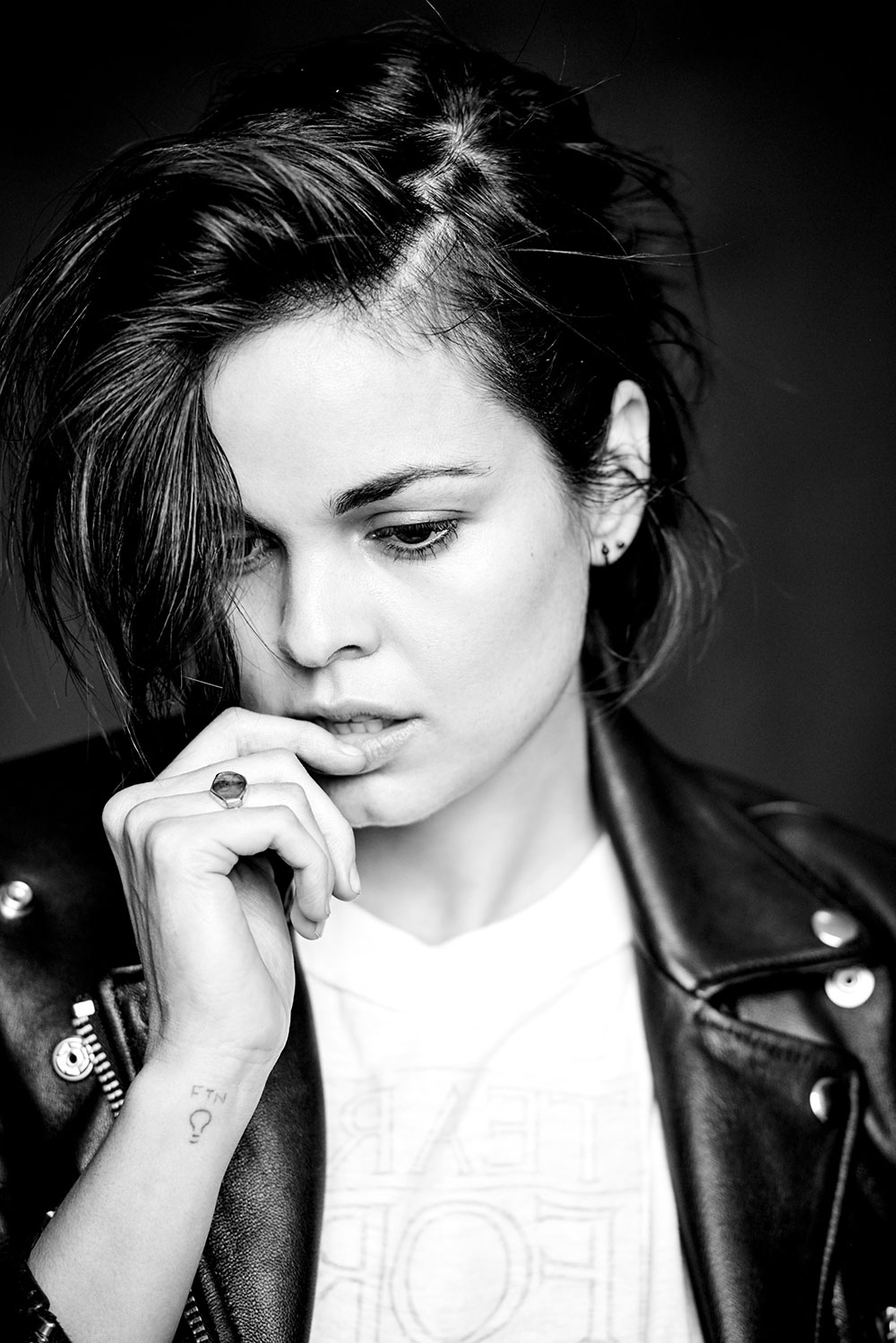 This interview was edited for clarity and length.